It Took 40 Years, But He’s Finally an Alumnus

Yes, it took longer than most – in fact, longer than just about anybody – for Peter to get his diploma. And no, in case you’re wondering, Peter hasn’t been taking courses all that time, trying to get over the hump. It was just one class that separated Spall from his dream. It was Fate’s payback, it seemed, for Spall having dropped out of college for a job with the telephone company, back in 1981.

The story began in 1979, when Spall and a friend enrolled at FSC after graduating their Staten Island high school. Spall wanted a degree in Physical Education, but the College – known then as Agricultural and Technical College at Farmingdale – didn’t offer one. So, he hatched a plan to study Recreational Leadership, and then transfer to another SUNY campus for a BS in phys ed.

“I was always an above-average athlete, and thought the idea of being a phys ed major would fit me well,” says Spall. “Teach phys ed, coach sports, and go to work every day in gym shorts. Man, that would be the life.  At 17 I had the whole thing figured out.”

Spall also figured out how to pay for school. As the first in his family to attend college, he was expected to pay his way to a degree, plus cover living expenses. He took it seriously, working summers, weekends, and spring breaks, as well as doing event security on campus.

What Spall hadn’t figured on was a conflict between earning a degree and earning a paycheck. In his second academic year, a required course was offered only on Saturdays. It was an agonizing choice, but Spall needed a steady income if he was to fulfill his dream of graduating college. So he concocted a Plan B – take his FSC credits and enroll in the physical education program at SUNY Brockport – even though he was only one course short of a Farmingdale diploma.

“I knew I might need to do an extra semester, but, already being an RA, I planned I could be an RA at Brockport as well.  I was now 19 and really had it all figured out.”

Figuring it out had become a habit with Spall – until it didn’t work out. This time it wasn’t money; it was love, with a young woman named Lynn, who is now Spall’s wife.

“All was going well through that third year, until I came home for Christmas and fell in love.  Hit me like a ton of bricks. At Brockport, I was eight hours from home, extremely homesick, and now missing my new love.  I was tired of being broke and was seriously second guessing my feelings about college.”

The break with college came the following September, with a job offer from the telephone company. Spall figured his life had finally sorted itself out.

“I could now work, make lots of money, not worry about how I was going to pay for college, and most of all, I could be with my sweetheart. I no longer was going to be poor.

“Lynn really had no feelings about my degree one way or the other.  She was the oldest of five, and had lost her dad the year before, and a younger sister several years earlier.  She was home helping her mom raise their family.  She had a lot going on in her life, and my college degree really wasn’t a factor.  We were just hopelessly in love.”

So much so, that the Spalls have been married 37 years, and have three college-educated sons. But as much bliss as Spall was enjoying as a husband, father, and telephone company employee, something was continually gnawing at his soul.

“I had always said I would someday go back to school.  New York Telephone, Bell Atlantic, NYNEX, and Verizon – all through my career they would have paid for me to go, but I never found the time.  But I always regretted it. Always.”

Fast forward to 2018, two years after Spall retired. The couple bought a home in Florida, near a golf course. Lynn Spall had never played golf, so last Christmas Spall bought her lessons at the local community college. While registering her at the Bursar’s Office, he spoke to an academic adviser about how he might get his long-lost degree.

“She told me the first thing I needed to do was contact both my previously attended schools, for official copies of my transcripts. I laughed and told her, ‘I still have my originals.’ I never threw them away. I always knew some day… So I started by calling Farmingdale.”

He reached Judi Cestaro, Director of Transfer Services, who told him about life credit – college credit based on knowledge learned through professional experience. After the provost’s office reviewed his transcript and resume, it was decided that Spall had indeed earned his degree.

“Peter was on a mission to fulfill his lifelong dream of earning his degree,” says Cestaro. “There is nothing more important to me than helping people achieve their goals. I have dedicated my career to removing roadblocks to student success.”

Spall also uses the word “mission,” to describe Cestaro’s efforts on his behalf.

“I became a mission for her. I haven’t met anyone like Judi before, ever.  I felt like no matter what needed to be done, she would take care of it.”

The last piece of Spall’s dream is to walk at commencement – whenever that will be.

“Just holding my diploma makes me cry tears of joy. Getting it in the mail was one of the best days of my life. Without those magical people at Farmingdale, it would never have been possible.” 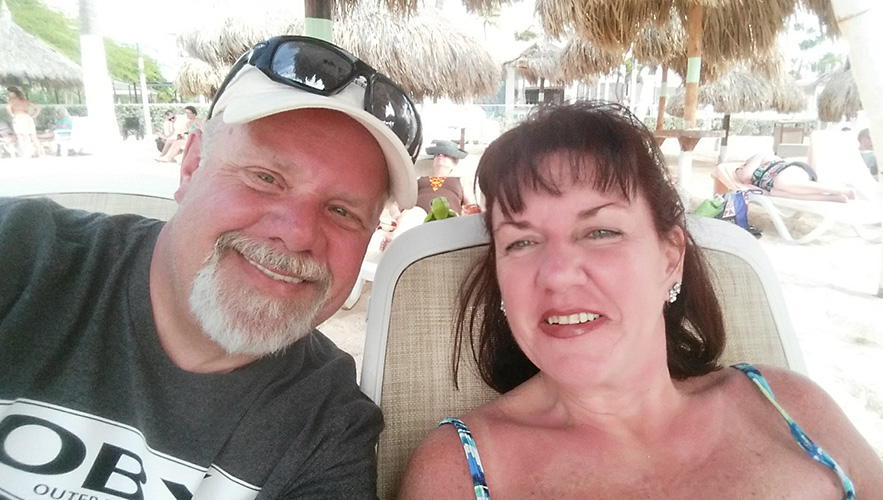 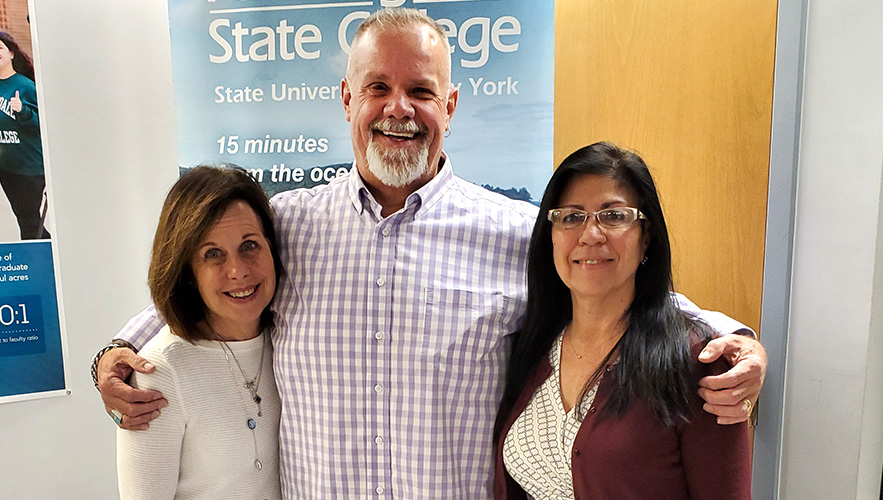 The content of this site is accurate to the best of our knowledge. Last updated 10/19/21