Jason Gant has joined FSC as Director of Campus Recreation. 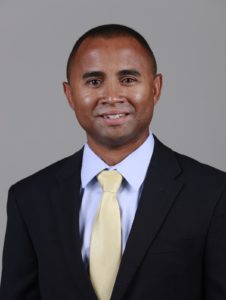 Gant comes to Farmingdale from Creighton University in Omaha, where he was Assistant Director of Competitive Sports for the last seven years. He is also active in NIRSA, an organization that advocates for the advancement of recreation, sport, and wellness, where he is an official’s manual editor for flag and touch football. This year he won NIRSA’s National Service Group Award, and in 2014 earned NIRSA’s Horace Moody Award for Outstanding Commitment to Student Development.

The content of this site is accurate to the best of our knowledge. Last updated 2/23/21