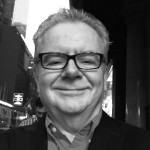 FSC’s Visiting Writers Program kicks off Thursday, September 17, at 11 a.m. in Ward Hall, with poet/lyricist Frank Kelly.  Kelly taught in the FSC English/humanities department for many years.
Also in Ward at 11 a.m., on Thursday, November 12, will be poet/essayist Sherry B. Hanson.  The University Club will host poet Douglas Basford Thursday, October 8, at 11 a.m.  Since its founding in 1979, the program has hosted more than 150 American and international authors, and annually bestows its Paumanok Poetry Award.